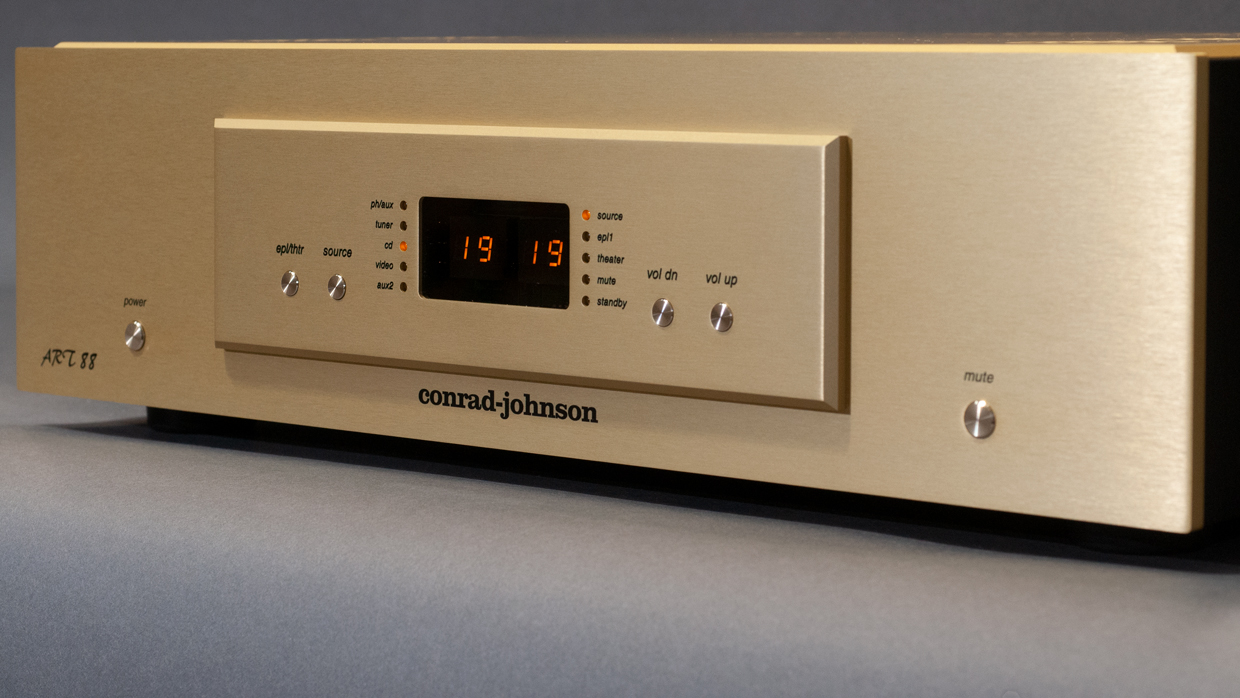 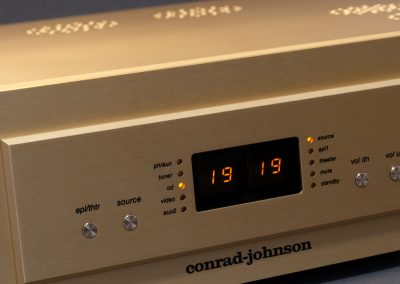 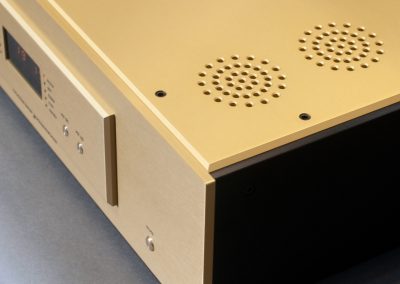 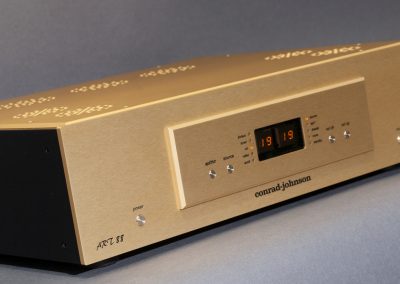 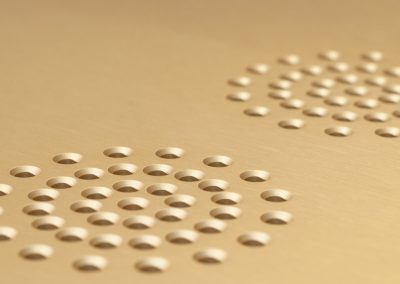 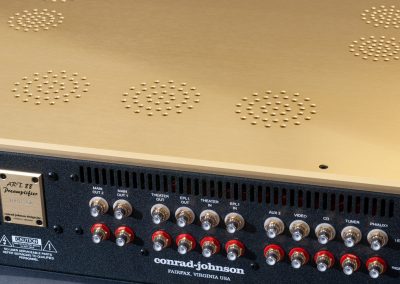 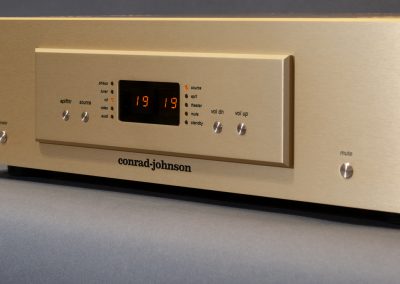 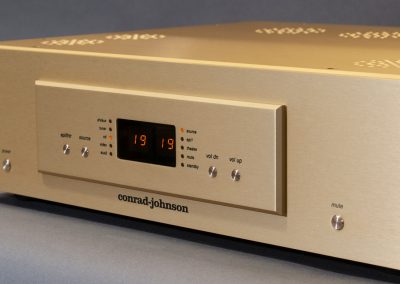 The ART88 Preamplifier has been designed to serve as an industry reference standard for line-stage preamplifier performance, a role filled for more than a decade by its legendary predecessor, the GAT preamplifier.

At the same time, it is notable for its convenience and ease of use. The unit features input selection and level adjustment by microprocessor-controlled relays, allowing level and balance to be adjusted in 100 steps of approximately .7 dB per step. All functions can be controlled by the hand-held wireless remote control. The ART88 Preamplifier will be available in a numbered, limited edition of 250 units which will be sold through select conrad-johnson dealers.

The ART88 is essentially a dual-monaural preamplifier, the two channels sharing only the power transformer and chassis. The circuitry is elegant in its simplicity. Each channel’s audio circuit features two high-transconductance twin triode vacuum tubes. Gain is provided by a composite triode of paralleled sections of one NOS Philips PCC88. This amplifier stage is coupled to the preamplifier outputs through a high-current buffer stage consisting of paralleled sections of a second PCC88 twin-triode. This buffer stage provides a sufficiently low output impedance to make the ART88 compatible with a wide range of interconnect cables and amplifiers. Each channel’s audio circuit is powered by its own dedicated DC power supply featuring discrete voltage regulators that isolate the audio circuits from each other and from the AC power line. Infrasonic noise is minimized by operating the tube filaments (heaters) on a DC voltage supplied by another regulated power supply.

Considerable care and attention have been paid to the physical aspects of the design as well. Microprocessor controlled relays, used for selecting sources and level setting, are located right at the input connectors, keeping signal paths short to minimize crosstalk between channels and inputs. The level control section and the audio circuitry are each shock mounted on independent daughter circuit boards to isolate the audio circuits from mechanical vibrations from the level control relays as well as from external vibrations. The elegant casework is executed in heavy gauge aluminum to assist in minimizing microphonics.

Experience has taught us that the full potential of any circuit can only be realized by using the finest available parts. Each part for the ART88 has been selected on the basis of both sonic performance and durability. The audio circuit (including the level control) is executed entirely with precision metal foil resistors and proprietary CJD Teflon capacitors. Tubes have been carefully hand selected for minimum noise and microphonics. The DC regulated power supplies use the same quality resistors as the audio circuits. Capacitors for the power supplies are exclusively CJD polypropylene and Teflon – there are no electrolytic capacitors in the audio circuits or their related power supplies. All signal switching is done by special relays designed for signal applications. These relays are sealed and have gold plated silver contacts. Input and output connectors are machined from oxygen free copper, and are silver plated with a Rhodium flash. The ART88 is built without compromise to achieve a new standard in musical performance, and it is built to last.

Every conrad-johnson ART88 Line-Stage Preamplifier is patiently and carefully hand assembled, then individually inspected and its performance verified by an experienced audio technician.