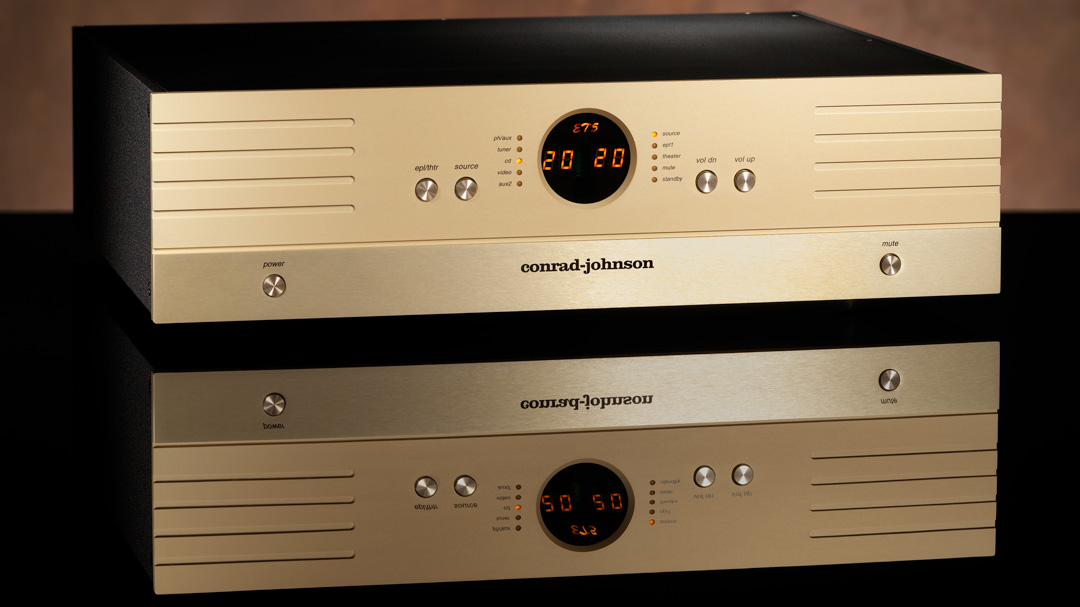 Introduced in 2009, the GAT Preamplifier continues conrad-johnson’s dominant position atop the rankings of reference preamplifiers.

An important benefit of pursuing state-of-the-art designs is that the circuits and techniques developed in our flagship products are frequently directly applicable to our entire line of products. In this instance, we have embodied the technology of the GAT Preamplifier in the more cost effective ET5 enhance triode line-stage preamplifier at a more affordable price.

The circuitry of the ET5 follows closely that of the GAT line-stage preamplifier.

The audio circuit is elegant in its simplicity.

An audio amplifier stage consisting of a single-ended triode amplifier provides the voltage gain. This amplifier stage is connected to the preamplifier outputs through a high-current MOSFET buffer, which achieves a very low output impedance, making the ET5 extremely flexible in the choice of interconnect cables and amplifiers.

DC voltage is supplied to the circuit by our latest discrete voltage regulator that isolates the audio circuit from the power line by maintaining negligible impedance across the audio frequency band. Infra-sonic noise is minimized by operating the tube filaments (heaters) on a dc voltage supplied by a separate regulated power supply. The ET5 is also notable for convenience and ease of use. The unit features input selection and level adjustment by microprocessor-controlled relays, with controls available both at the front panel and via a full-function remote.

All control functions of the ET5 operate through microprocessor-controlled relays. For the level control, the relays select combinations from a network of precision, low-noise metal foil resistors to effect loudness and balance changes in 100 steps of approximately .7dB per step. All switching and adjustment can be controlled by the unit’s remote control. A Theater Mode, which passes the input signal through at unity gain, makes it simple to incorporate the ET5 into a high quality home theater system without compromising its two-channel performance.

Like its bigger brother, the GAT, the ET5 is constructed from the highest quality, carefully selected parts for unrivaled sonic performance and reliability.

Tubes have been carefully hand selected for minimum noise and microphonics. The same CJD Teflon capacitors that distinguish the GAT are used in the ET5 for output coupling and post-regulator power supply storage. All other capacitors in the audio circuits and related power supplies are polypropylene or polystyrene – there are no electrolytic capacitors in the audio related circuits. The resistors in these circuits (including the two dozen level control resistors) are special low inductance, high-precision laser-trimmed metal foil resistors. Switches are sealed relays with gold-plated silver contacts. Input and output connectors are premium quality custom machined parts.

For more than three decades, we at conrad-johnson have been dedicated to creating audio components that do credit to music performances.

Through meticulous engineering, careful specification of only the finest available component parts, and a painstaking attention to construction, we have created what we feel is a line-stage without rival in its class. We invite you to arrange an audition of the ET5 with your conrad-johnson dealer to experience the extraordinary musical performance of this remarkable preamplifier. 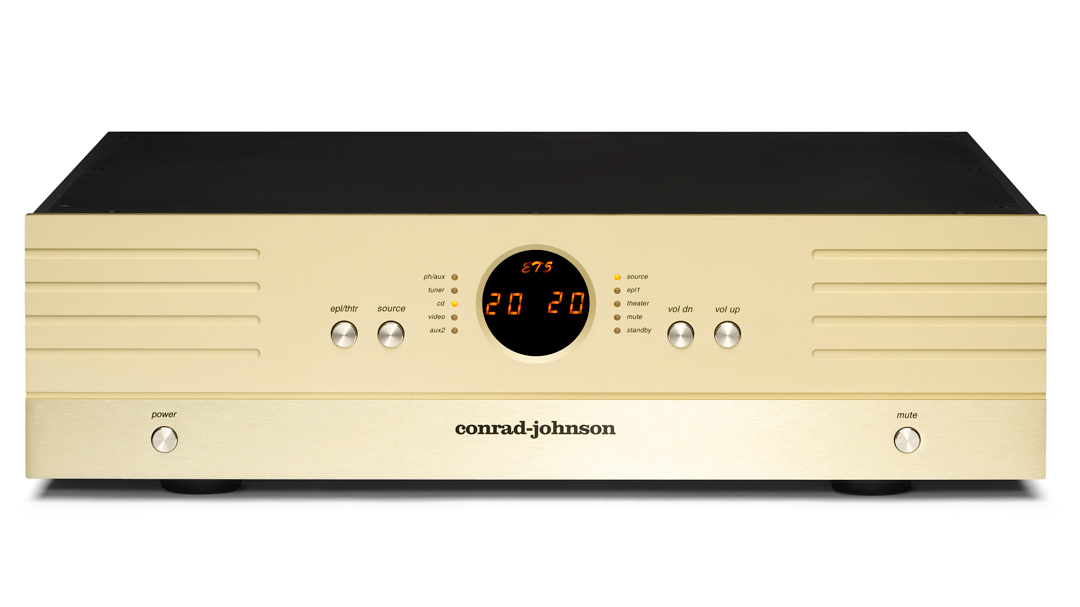 Every conrad-johnson ET5 Line-Stage Preamplifier is patiently and carefully hand assembled, then individually inspected and its performance verified by an experienced audio technician.