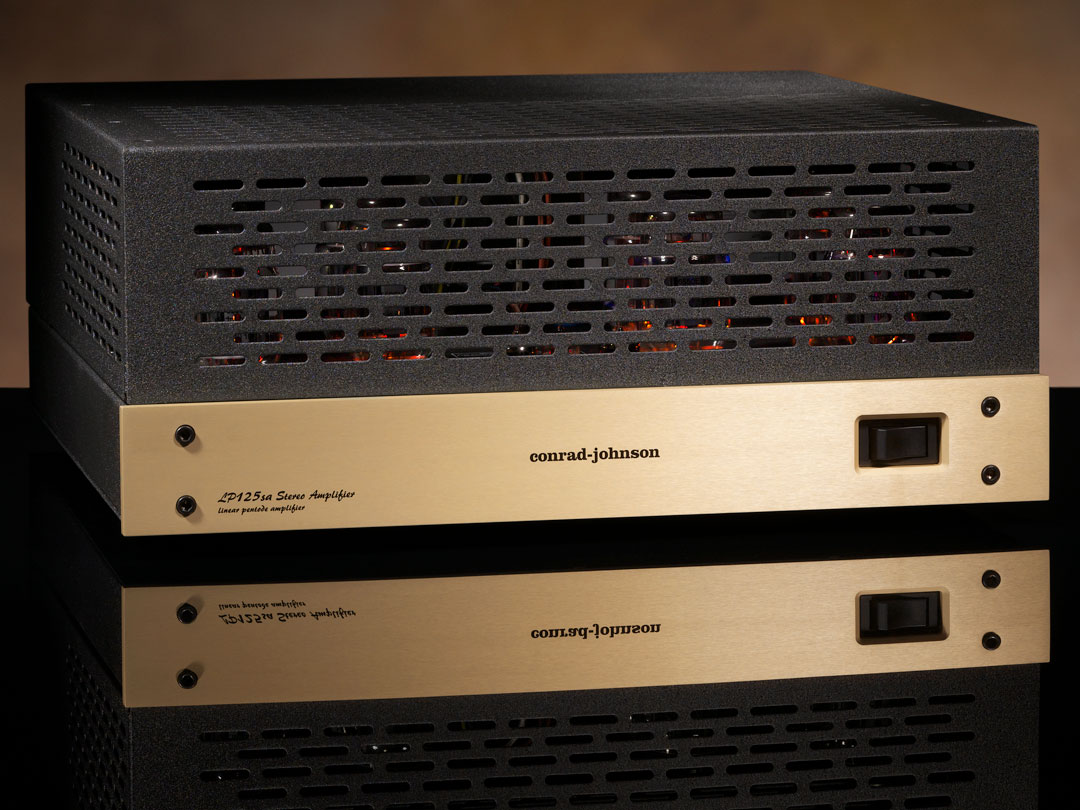 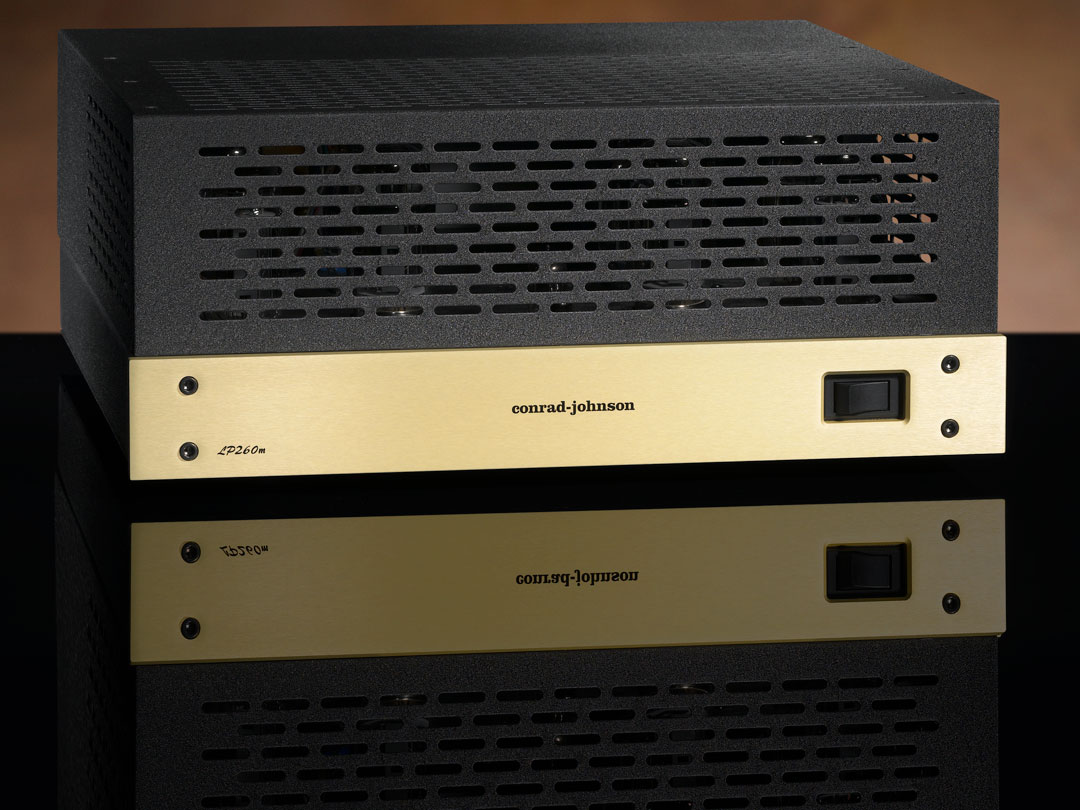 The LP125sa Stereo Amplifier and LP260m mono-block are the latest in the highly regarded series of conrad-johnson vacuum-tube power amplifiers.

The LP125sa offers a compelling combination of the audio excellence one expects from conrad-johnson, the convenience of a single stereo chassis, and, at 125 watts per channel, sufficient power for the majority of high-end speaker systems. Those with more demanding speaker systems will want to turn to the LP260m mono-block powerhouse, rated at 270 watts. Both amplifiers are capable of capturing the delicate textures and subtle nuances of live music while maintaining control with the authority that comes with ample power.

Nearly identical in both models, the audio circuit consists of three stages.

The input signal is amplified by a single-ended triode amplifier designed for wide bandwidth. The signal is then direct coupled to a cathode coupled phase-inverter. This high current, triode phase-inverter stage provides a balanced, low impedance drive to the output stage. Output power is developed by KT120 power tubes (two pairs per channel in the LP125sa, four pairs in the LP260m), chosen for their excellent sonic character, high power capability, and reliability. The output tubes are operated in ultralinear configuration which offers a desirable combination of high power and low distortion. Massive output transformers with intricately interleaved windings afford extended bandpass and high phase linearity. A small amount (about 12 dB) of loop negative feedback reduces distortion and achieves a sufficiently high damping factor to control reactive loudspeaker systems.

Power supply design is every bit as critical to the performance of an audio component as the audio circuit itself.

Separate, low impedance, discrete dc power supply regulators are provided for the input and phase-inverter stages, preventing the output stage from modulating these stages through the power supply.

These amplifiers require no complicated adjustments or specialized equipment to maintain. To assure continued peak performance, the owner need only make a simple bias adjustment when new tubes are installed. Built in LED bias indicators allow the user to make this adjustment using only the supplied bias adjustment tool. 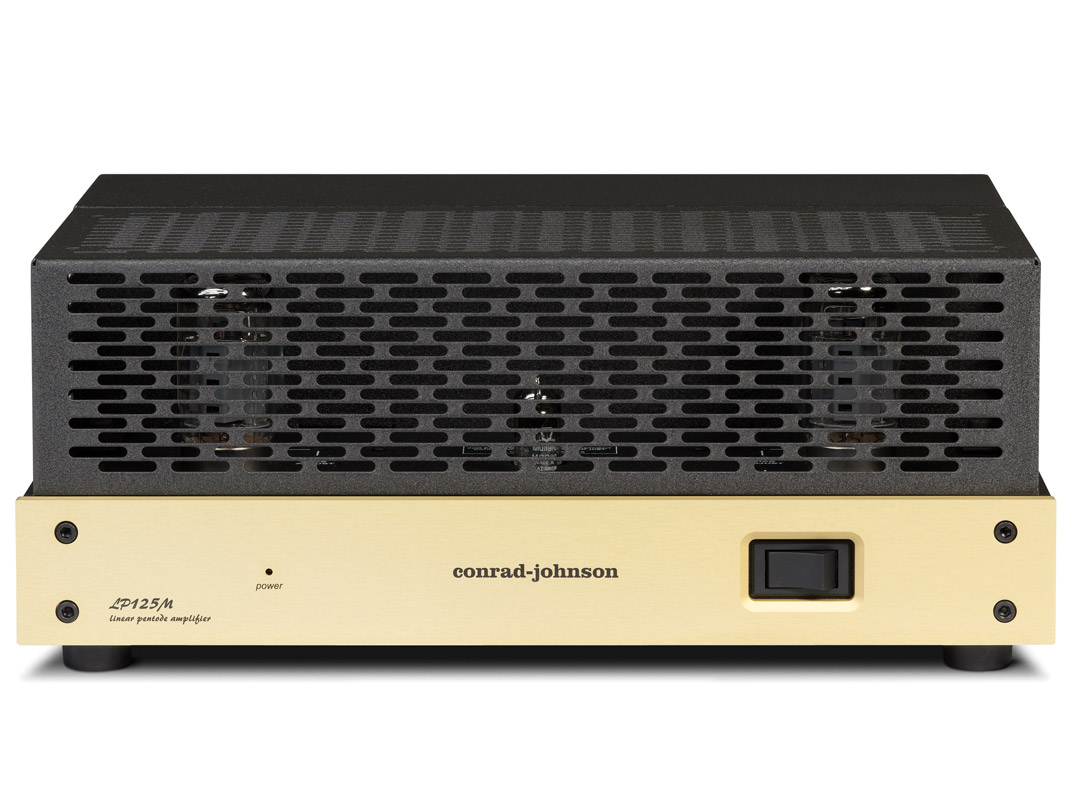 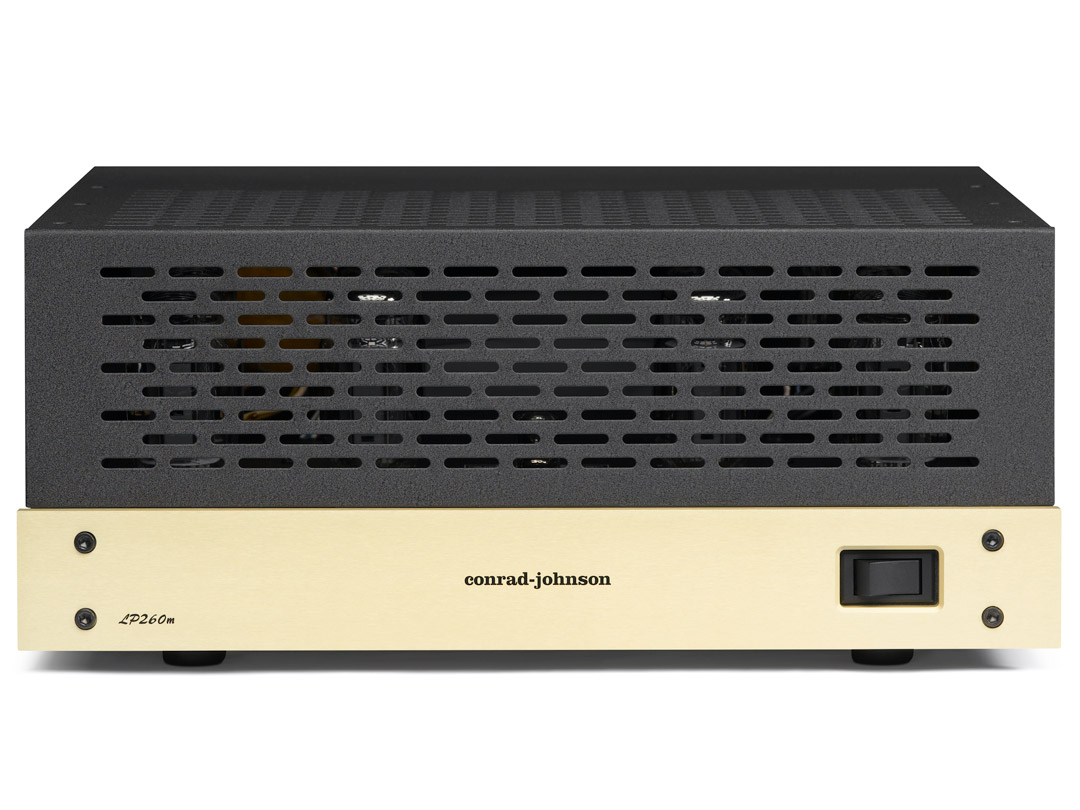 At conrad-johnson we are keenly aware that component parts contribute importantly to the sonic performance of any circuit design.

As expected for conrad-johnson products, the LP125sa and LP260m amplifiers set uncommonly high quality standards. Resistors are precision metal film types. All audio-circuit capacitors, as well as all capacitors in the regulated power supplies are polypropylene and polystyrene. Proprietary wide-bandwidth output transformers contribute to excellent high frequency performance. Even the gold plated connectors and the internal wiring have been carefully selected for optimal sonic performance.

Those who wish to take the experience a step further will want to investigate the upgraded LP125sa+ and LP260mSE which incorporate CJD Teflon Capacitors and ultra high-performance metal foil resistors in strategic applications in the circuit.

Any of these models is sure to rekindle your passion for enjoying great music in your home.